Most of the chronographs, when the timing function is turned on, simultaneously drive two sets of gears, which is equivalent to pulling a car before a horse, and now it becomes two cars. The watch will go slower when the other conditions are the same.

But in addition to this, the biggest impact after starting the chronograph function is the swing of the watch balance wheel, because the gears that are driven increase and the friction increases, so the swing will decrease. For example, the above Daytona has a 10° drop in the swing time. Under other conditions, the swing is low, which means that the watch is more susceptible to external shocks, resulting in precision errors.

It is worth mentioning that a lower swing does not mean that the watch is slower. In actual wear, the watch that reduces the swing may become slower or may become faster after being disturbed by the outside world. However, after the chronograph function is turned on, the watch is definitely more prone to precision errors than before.

Most of the chronographs are two different gear trains, but the energy source is the same. After the chronograph function is activated, under the total amount of energy source not change, it is naturally consumed. To make a metaphor, just like a person eating alone in the family, now that the family’s total income has not increased, after adding one person, naturally, the monthly living expenses will be consumed a little faster. That is to say, after the time is turned on, the watch will stop running in advance without the energy being continuously replenished.

Gear When Chronograph Function Is Switched

The biggest drawback of this horizontal clutch is that it suddenly couples a continuously operating gear to a stationary gear. It is good when the gear teeth are coupled successfully, but if the gear tips just hit together, it is easy to wear the gears. At the same time, at the moment of impact, the front of chronograph second hand will slightly tremble.

To this end, we deliberately took a small chronograph movement to start the gear coupling small video, you can clearly see the two gears of the wheel tip hit together, after a moment, the coupling is successful.

When the chronograph function is frequently switched, in addition to normal wear and tear, it may even cause the teeth to bend and break.

As mentioned earlier, the use of a chronograph with a horizontal clutch causes the gear to wear and even the teeth to deform and break. There may be a friend who asks, is there a chronograph for the vertical clutch device that does not have this concern?

Yes, the chronograph using the vertical clutch does not have to worry about gear wear, but it still has the weakness that the steel used for switching will break after frequent use.

Because it involves a lot of boring mechanical knowledge, so let’s conclude. For the chronograph, if you don’t care about the accuracy and power reserve time, you can always turn on the chronograph function. However, do not start, pause, or return to zero frequently. If you play this for a long time, it will cause gear wear or steel fracture.

The Chronograph Function Is Always on, Does It Hurt the Watch(A)

“You wind it, it will tell you the time.” Many watch friends like to use the manual mechanical movement… 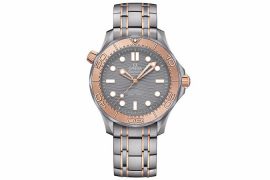 In 2009, Patek Philippe launched a hand-wound chronograph watch 7071 for women, which has been around for 10 years.… 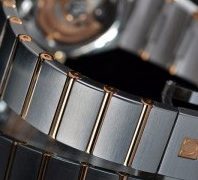 Patek Philippe’s Nautilus collection is a must have if you want a watch with casual and elegant style. The…

Geneva Seal VS Patek Philippe Seal, Which One Is Better?

The watch case is made of rose gold, and the polished front looks beautiful and noble. The sleek case extends all…

The Patek Philippe Aquanaut Luce series was launched in 2004, the bezel of this series watch is set with…

In the past two years, high-end sports watches have a new fashion trend. In addition to the sporty appearance…

The luxurious ladies’ watch is made up of many beautiful details to outline its most beautiful look, or adorned…