The Chronograph Function Is Always on, Does It Hurt the Watch(A)

“You wind it, it will tell you the time.”

Many watch friends like to use the manual mechanical movement watch, which is exactly an opportunity to have a “communication” with the watch every day. As a living thing, when you give it energy, it will “feed back” to the wearer in the form of travel time. The “feedback” of the watch to the person, in addition to being obtained through the winding, but can also be sensed by operating the “timekeeping” or “minute-repeater” function. For example, pressing the chronograph button, the chronograph second hand starts to move immediately; when the lever is pulled up, the hammer hits the gong to make a sound.

The minute repeater is too far away from the general public, and the chronograph is naturally the most suitable option. Because of the complicated mechanical operation involved, many watch friends have some misunderstandings and puzzles about the use of chronograph watches. Today this article will talk about related stories, when the chronograph function is always on, does it hurt the watch?

Once, a watch friend asked me a strange problem with the watch he just bought. The second hand of the watch does not work, but the minute hand and the hour hand can display the normal time. After taking a small video to show me, I did not find any abnormalities, the second hand, minute hand, hour hand are clearly working. Then I learned that the “second hand” he refers to is actually the “chronograph second hand” in the center of the chronograph watch. He regards the chronograph watch as an ordinary three pin watch.

Because chronographs are usually based on manual basic movements and superimposed mechanical parts, so our common chronograph dials are usually such a layout: the small dial at 9 o’clock is the travel time second hand, and the middle is the hour and minute hands. As an obsessive-compulsive disorder, this layout must not be accepted, so the travel time second hand moved from the 9 o’clock position to the 6 o’clock position. For example, the old model Daytona using the Valjoux 72 calibre and the Zenith movement’s make the second hand at 9 o’clock, and now Daytona uses the self-produced Cal.4130 is at 6 o’clock. Of course, there are also some watches that adopt with the superimposed timing module. Its travel time second hand will be at 12 o’clock or 3 o’clock, such as Audemars Piguet Offshore and TAG Heuer chronograph watches.

How to buy a timeless luxury wristwatch under $15000? 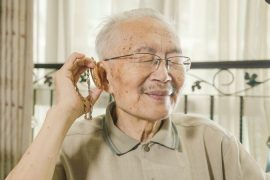 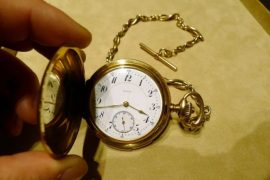